I’d like to thank you for your support and guidance in foundation studies. I’m extremely excited to tell you that I’ve been accepted into my preferred [undergraduate] course.

I’m looking forward to my future studies and appreciate everything that you’ve taught me and the extra time you gave to ensure I had the best opportunity to succeed. I’m excited to keep in touch and see you around campus. 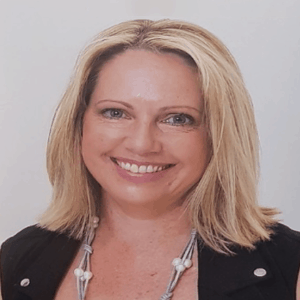 When asked to write a testimonial for the STEPS course, PhD candidate Doreen Canoy did not hesitate.  Eager to convey her firsthand experience of STEPS and how instrumental this course was to her individual, professional and personal growth, Doreen said that watching many others embark on and experience the STEPS journey was the impetus for the research underpinning the Honour’s thesis she wrote for the psychology degree course she articulated to in 2005 at CQUniversity after STEPS.

In 2004, when contemplating her return to full time employment after having her children, Doreen was not entirely sure what she wanted to do but she knew she wanted to develop a career and establish financial and emotional independence. She had previously completed all modules in some online studies, but due to feelings of anxiety, did not complete the final assessment.  She was also aware that the required tasks were not extending her knowledge and considered undertaking a TAFE course. However, she believed this would not satiate the personal growth she was searching for, nor challenge her to leave her comfort zone. It was then that Doreen saw an advertisement for STEPS in the local paper.

Doreen considers STEPS to be unlike any other type of university study because STEPS students learn as much about themselves as they do about their preparation for university.  This integral component, Doreen believes, could assist with the retention of CQUniversity students.  She also believes that the skills and knowledge learned in STEPS are beneficial not only for those students who articulate to a university degree but also those who have gained employment after having been unemployed for a considerable period. Rather than this being of detriment to the STEPS course, Doreen believes it highlights the importance of continued government and university support – university study is not suited to everyone; however, everyone deserves to have purpose and feel valued.  These are extremely important goals of STEPS and a strong focus of CQUniversity’s drive for community engagement.

In reflecting on her professional achievements over the last 15 years, Doreen is very proud. She attributes the teaching and wonderful mentorship of the STEPS staff as the impetus for her decision to apply for a Bachelor of Psychology (Honours) degree course.  To her surprise, she was accepted, thus beginning her academic journey.  STEPS gave her the confidence to know her way around campus, to be comfortable in approaching staff and to feel at home in the library. She considered she was ahead of new undergraduates who had not completed STEPS and she is quite sure that without this wonderful introduction into university she would have felt overwhelmed and most definitely out of her depth.  As a mature age student, 22 years since completing her secondary education, Doreen stated: “To say this return to study was daunting is an understatement”.

Doreen successfully completed her undergraduate studies over six years whilst working part-time, and upon completion she worked for two years before returning to CQUniversity to undertake a Master of Clinical Psychology.  Her work encompassed research, the criminal justice system, academia, and community mental health, each experience building on from the next. She was awarded the Australian Psychological Society Student Prize for the Clinical College of the APS (CCLP) for her clinical thesis.

She completed the Clinical Psychology Registrar course and is now an endorsed Clinical Psychologist.  She returned to CQUniversity several years ago as an academic and is the Head of Course for the Master of Professional Psychology, a course she wrote.  She continues to work with clients one day a week in her psychology practice and is also in the process of completing her PhD. As an academic, the sense of familiarity and belonging she felt when she commenced her undergraduate studies with CQUniversity is something she has also witnessed when meeting new psychology undergraduate students who have previously completed STEPS.

Doreen is so grateful that she had the courage to realise her goals, and achieve something more by taking that first step applying to STEPS ….as frightening as it was, she said it truly changed her life. Without this transitionary program she considers she would never have been confident enough to commence the journey, and as she stated, “What a journey it has been”. Doreen says that with each new opportunity that presents itself, she pauses and remembers where her learning journey began, and she has absolutely no doubt none of it would ever have eventuated without the wonderful teaching and support provided by the STEPS teaching team.

Belinda Cardozo, Studied a Diploma in Health, now in a Bachelor of Physiotherapy (honours) 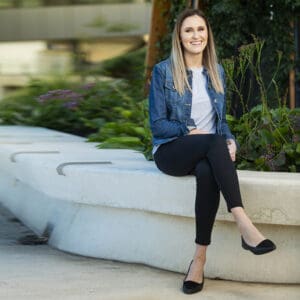 I was working full time, had my daughter and didn’t feel like there was anything further in terms of career progression. It wasn’t that I didn’t enjoy my work at the time, it just wasn’t enough. I made an appointment to chat to the University staff and discovered UniSA College. When I started, I noticed how supportive all of the staff was. Nothing was ever too hard, and everyone made themselves available to help. The teaching staff were so encouraging and were willing to do anything to ensure that you did well. It felt like a little family.

Holly struggled in the standard classroom and as a result did not get the ATAR she needed to get into uni. Now she is an award-winning mathematics high school teacher who also createsmonthly videoepisodesfor ACER Teacher Magazineto assist educators across the world in implementing alternate ways to engage students andteach mathematics. Holly says:“Going back to “school” made me incredibly nervous. I did not feel prepared to tackle a university degree, I certainlydidn’t have enough confidence in my abilities to write academically, create a productive study pattern or successfully navigate university, so Idecided the PSP{enabling} course could be my “trial run” to see if I had what it took to make it in uni. I chose the PSP course to help boost my confidence and set me up to be successful at university. As a result, I walked into my first semester confident in my abilities to achieve and excited at the prospect of my university degree, rather than dreading an unknown”.Holly is now completing her Masters in Education at Southern Cross University.

I started to believe …“I remember how hard the words hit me –‘you’re not smart enough’. I lost all motivation and started cutting classes. I almost didn’t finish high school. I hit rock bottom after school, with no university acceptance, no career trajectory and no plan. I’d heard about the Preparing for Success Program. I was accepted and worked hard.For the first time in my life I received good grades and it felt so good. I started to believe that I was not only capable of university, but with hard work, I may actually excel at this.I received a scholarship, which enabled me to dedicate to my studies full time. With global problems surrounding marine life, I want to enable real change in the world and research is the best way I can make an impact. I am now living in Fiji conducting practical coral research while I finish my honours degree. Then I plan to complete my PhD.”